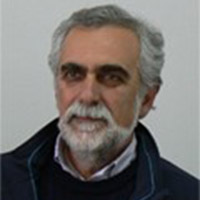 His research interests include Medical Imaging and Simulation, Medical Instrumentation and Management of Medical Technology. He has been the Coordinator of more than 30 projects, approved and financed by European or Greek competitive programs regarding research and development. He has also been the Supervisor of more than 50 Master and 20 PhD theses. His work is published in about 120 articles in international scientific journals and books of conference proceedings. He has also had active participation in more than 150 international conferences, seminars and workshops, often as an invited speaker, and has organized more than 40 scientific events held both in Greece and abroad. He is the author or coauthor of 3 scientific books, 2 specific studies and 3 educational / training software, editor or coeditor of 6 books and conference proceedings and peer reviewer of international scientific Journals and many Conference proceedings.

He has actively participated in many EU and international activities related to Biomedical Engineering and Medical Informatics. Amongst them: He has been appointed as member to the CEN Health Forum, National representative in the Advanced Informatics in Medicine (AIM) and then the Health Telematics (HT) WGs of the DG XIII, Member of the Medical Devices Committee of the DG III, Member of the informal International Medical Device Group (IMDG) since 1985, Elected member of the Clinical Engineering Division Board of the IFMBE in 1991 and its Chairman for the period 1994-1997, Elected member and Chairman of the Healthcare Technology Assessment Division of the IFMBE for the period 2012-2015. and. Nicolas Pallikarakis is also Founding member of the EAMBES Fellows, Professor Honoris Causa of the Faculty of Electrical Engineering of the University of Cluj-Napoca, Romania, and elected Member of the International Academy of Medical and Biological Engineering (IAMBE) since 2005.